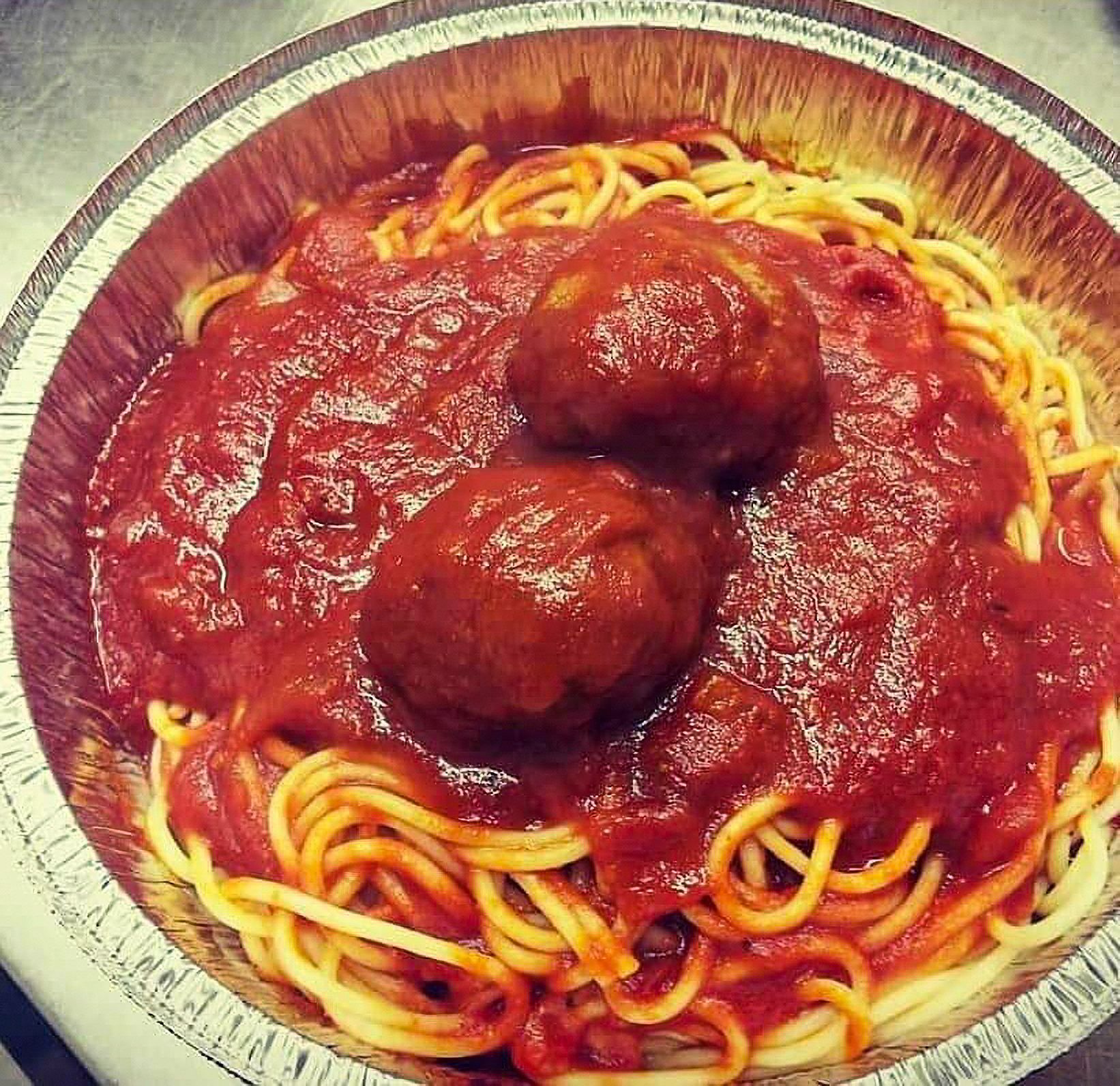 Are Meatballs Italian? Well, let’s say it's as American Italian as it gets in this country. The creation actually was derived from Italian Americans using what was available to them to keep their cooking traditions alive as they immigrated to America. From about 1880 to 1920, over 4 million Italians immigrated to America. It is believed the meatballs were derived from the original Italian 'polpette', which is a much smaller meatball consisting of a 50/50 ratio of bread and meat. American Meatballs are typically much denser with a higher meat ratio.

Making a Meal Out of Meatballs

Spaghetti and Meatballs- what a comfort food! My mom served this at least once a week. My siblings and I used to gobble it right up (after we played with it for a little while) with a great big glass of whole milk. Although, I don’t drink milk with it now, I still enjoy it. It’s my guess, it’s rare for households in America not to serve it. I actually married into a family that served it every Sunday at Grandma’s house. It has also become a staple for me in my household. It’s so popular here, we have a National Meatball Day, March 9th. And there’s a national spaghetti day too on Jan 4th!

Spaghetti, the way we enjoy, is also Italian Americanized cuisine. The pasta and its sauces were derived by Italian Americans through the early 1900s. Spaghetti pasta was about the only readily available pasta during this time in America. Tomato sauce originates from marinara, which is prepared from fresh tomatoes. As America became civilized and more developed, so did the canning process and along came tomato sauce.

Here in Clarksburg, most everyone has a family story about Spaghetti and Meatballs. And here at Smitty’s, our story is about our Father, Dominick "Smitty", who started this business from scratch in 1970. His influence came from his brother, Joe, who was a chef for many years, his mother, who was Italian and his own experience as a mess hall cook. We carry on his legacy by keeping his recipes alive. Give our homemade Spaghetti and Meatballs a try when you are ready for some comfort food. We also sell our canned tomato sauce as a specialty item. Guaranteed Goodness.

The Beginnings of Smitty's Pizza

Is Pizza Good for Us?